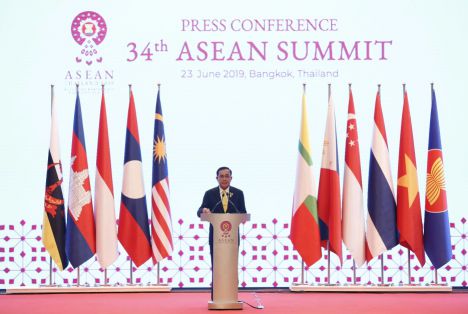 Pointers for Press Conference by His Excellency General Prayut Chan-o-cha (Ret.) Prime Minister of the Kingdom of Thailand at 34th ASEAN Summit

Dear Friends from the Media,
1. I am honoured that Thailand is the Chair of ASEAN this year and host of the Thirty-Fourth ASEAN Summit and other meetings. I am pleased to have had good discussions with ASEAN Leaders. Now allow me to speak in Thai.

The Summit also reiterated the importance of strengthening the regional economy. We also support the conclusion of the RCEP negotiations this year, as it will help ASEAN manage change and uncertainty in the region, especially as regards the trade tension between ASEAN’s important trading partners.